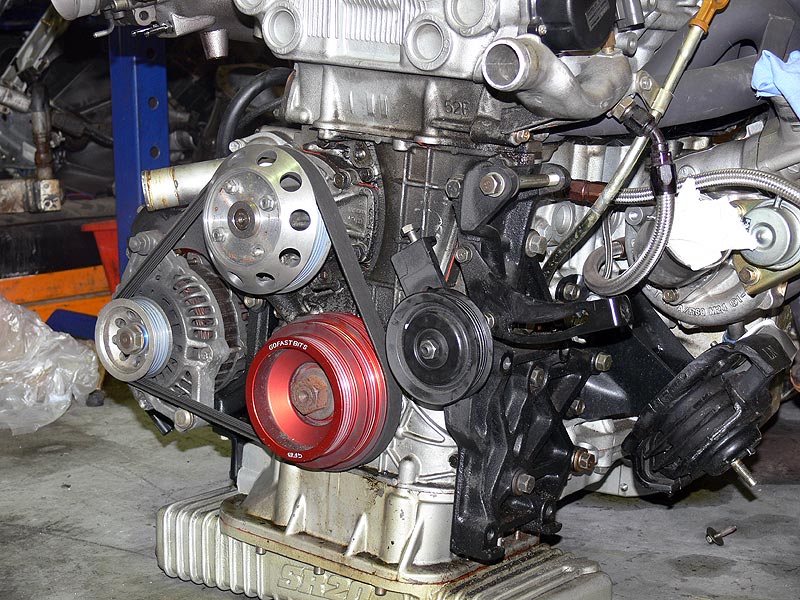 After the engine was taken out, I had a chance to talk over the plan with Marc, Josh and Boney from C-Red. We knew we'd be removing the head and doing all the stuff around that - alleviating any problems with the valve seats being too far gone. But that left the question on whether or not to freshen up the bottom end while it was out doing rings and bearings. That lead on to the question about the pistons. During tuning, Sean at Allstar had mentioned the engine getting a little 'noisy' up high...possibly a function of the pistons being standard Z32 pistons. The consensus from all was that it would be prudent while the opportunity was there to go with a set of forged pistons. These would then match with the Eagle conrods already in the engine with the Nissan bearings being replaced with ACL Race bearings to top it all off. So the strip down begun... 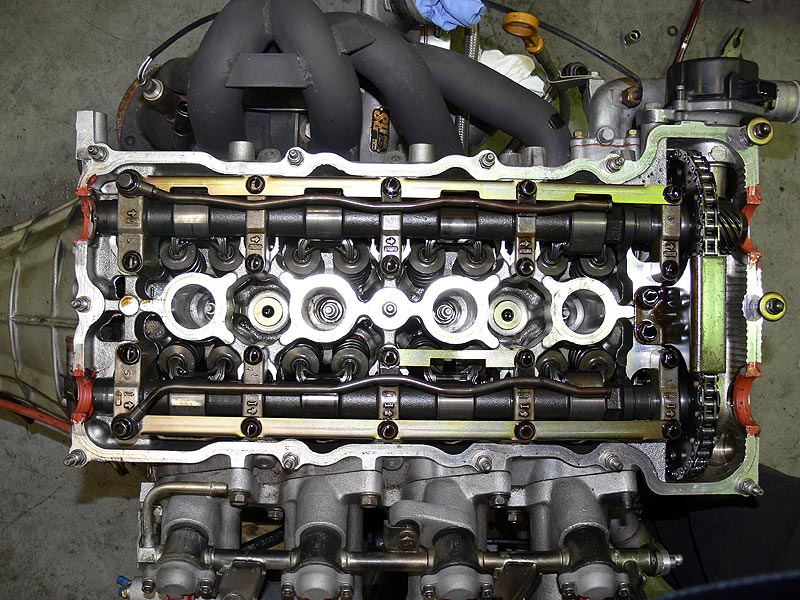 Firstly the cam cover was removed and all the camshafts were removed to allow access to the head studs.

Now the reason for choosing the head in the first place was the porting and knife-edging that had already taken place on the head. In hindsight (which is a wonderful thing), I should have looked more closely at the head for the valve seat condition and depth.

Now that the head was off, it was time to see how the pistons and bores had fared. These pistons came originally from the engine that came off of the shelf for SILLBEER - it didn't have an engine in the hole when I started. We eventually figured out they were from a Z32 VG30DETT engine and were fitted to this engine when it was rebuilt in Japan. We decided to stick with them originally because I was running short of cash, again in hindsight I should have just waited until I had some more fold but...meh.

Just a slight amount of carbon built up. 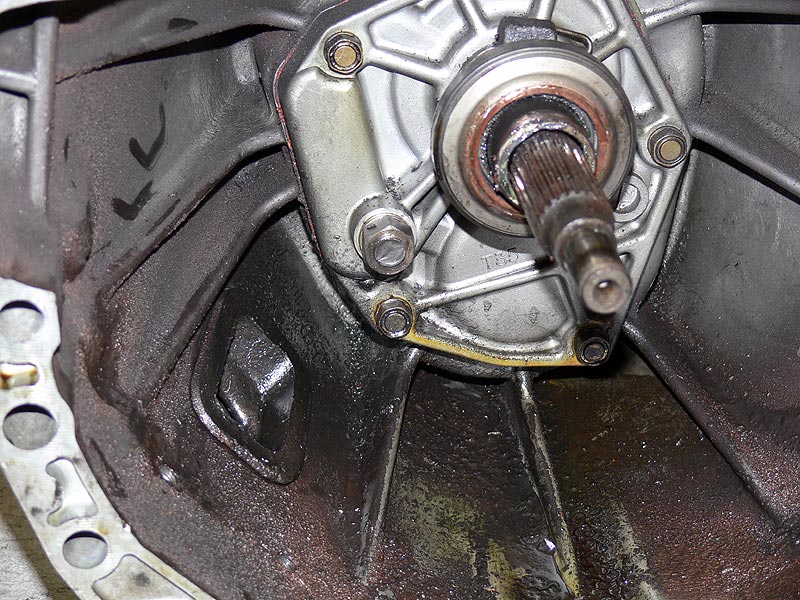 Next item was to remove the gearbox and confirm the breakage that occurred at the track. Looking at the inside of the bell housing, the clutch fork was loose, and no longer attached to the release pivot. The snapped release pivot was indeed the failure - seen above as the nut looking thing to the lower left of the input shaft.

And that was pretty much the day. Here's a few shots of where I got to after about 3hrs or so.

Next week I'll finish off the rest of the tear down removing crank, rods and pistions, oil pump and anything else left over.

Previous: Made it onto Speedhunters Random Snap »