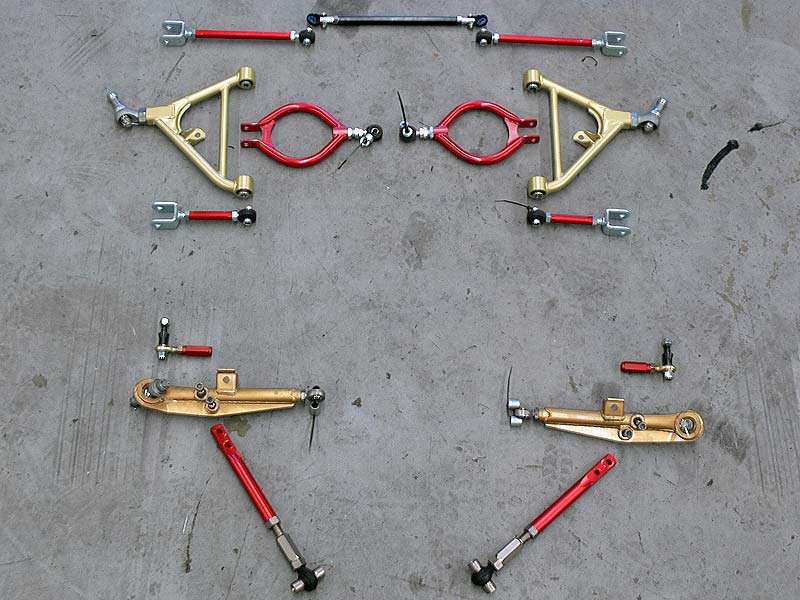 Good news first up. After some troubleshooting with the engine, the blokes at C-Red found the problem with the engine. It was found that with the standard shims in place, valves were not able to close completely as the head had basically been over serviced. After ordering a set of undersized test shims in from Precision Shims Australia, the valves were all reshimmed and all is working again. A big thanks goes to Precision Shims Australia...I sent them an email from the workshop on a Saturday morning, I got a call back in 15 minutes from Chris who advised that they were available and could be sent Monday, for delivery by Tuesday. I paid and all said and done...top human.

And here's a couple of pics of the front setup as it is now with the stock arms fitted:

You can see a small Nismo logo on the front lower control arms, there are original Nismo LCA's, but I've repainted black and applied the logo myself. Also in view is the end of the Whiteline front sway bar.

An interesting result of putting the stock arms back on is the way the rear wheels now fit in the guards. With the Ikeya Formula arms, I couldn't get a good compromise to good fitment, and before the changeover, I had a set of 20mm spacers fitted. Below are a couple of photos with all the stock arms in place (but still lowered on coilovers), and although there's still to have an alignment done, they're sitting pretty. 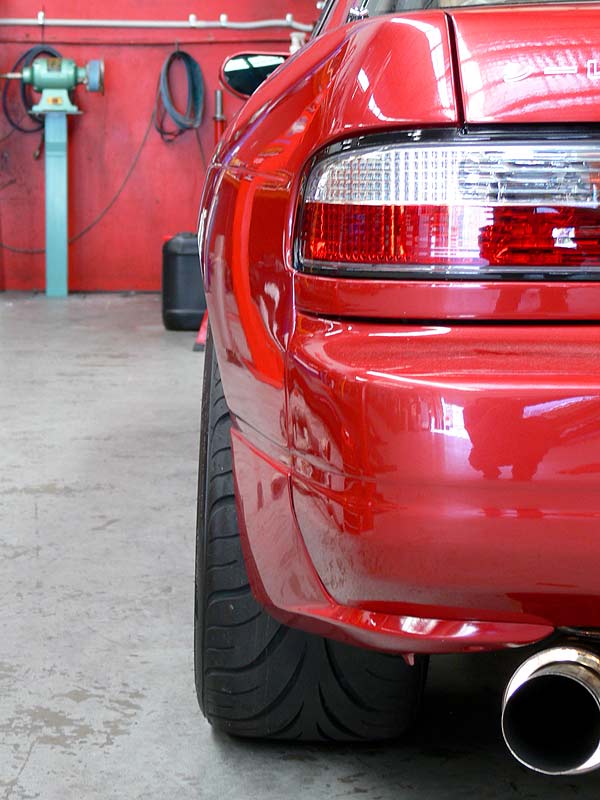 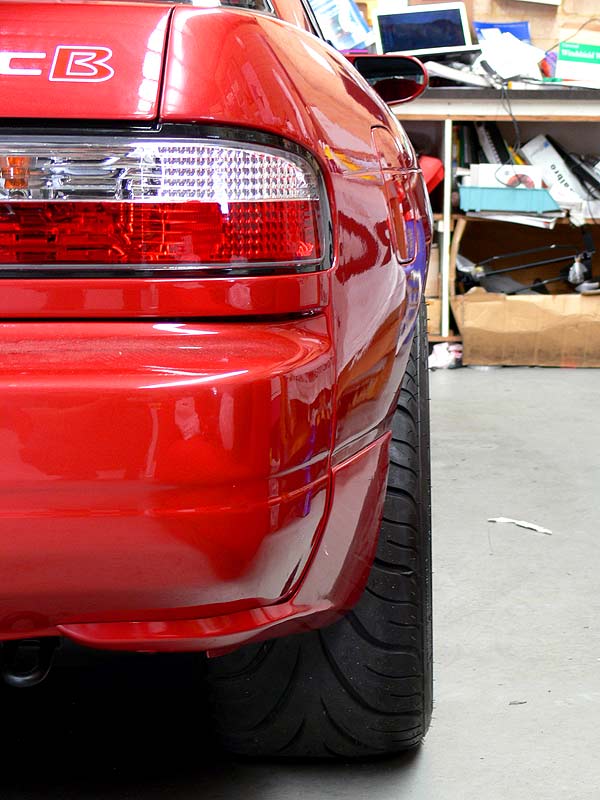 At this stage, I'm seriously thinking of leaving the stock lower control arms on and not refitting the Ikeya Formula front and rear lower control arms. I think if it was a full race car, that was super super low and full total control over alignment was required, they would be great...but for my purposes, I think they could be overkill. Decision yet to be made. I will however be using all the other Kazama arms including upper camber arms, tension rods and toe rods on the rear, castor arms and tie rod ends on the front.

Now all this time I've been driving the trusty (and rusty) Mitsubishi Sigma (Galant) Turbo around as my daily driver. It's actually a Japanese import, now an Aussie delivered car, and is basically a Starion four door complete with four-wheel vented disc brakes, rear independent suspension and 4G63B engine (Sirius). It's done over 315,000kms and is showing it. The latest item being the driveshaft - with the front universal joint being completely shagged and causing one hell of a vibration. So we had the driveshaft sent off for reconditioning. So what did I drive in the meantime: 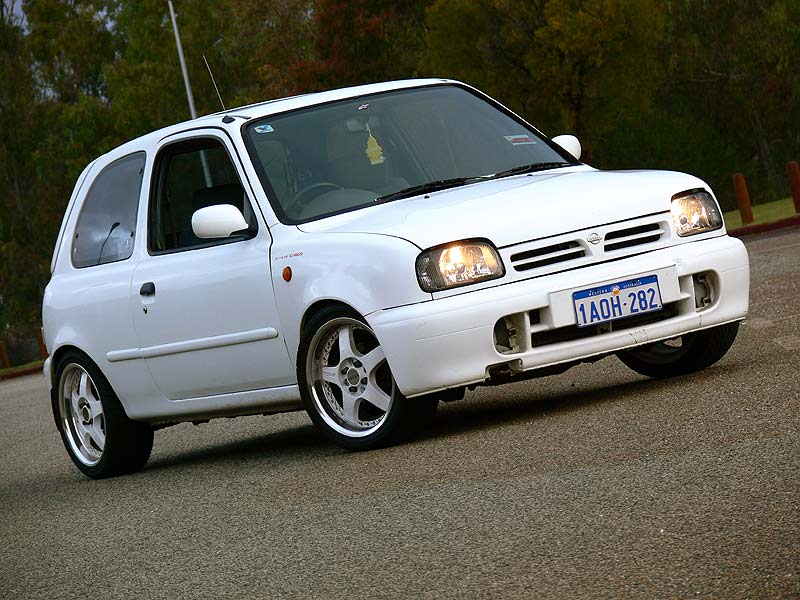 I was fortunate enough to borrow Jeff Ash's from C-Red's little Nissan Micra Super S. This little thing although not powerful, was very zippy. Jeff's in his usual mode has changed a few items though, including new front and rear lights, Lenso rims and Tanabe coilovers. This thing, although a little rough, was a great segway from the usual Sigma drive. Think go cart and you're not far off, although I think the beautiful Personal steering wheel and 8-ball gear stick knob had a good deal to do with the driving experience. I also created a little logo based on the March Cup branding use for the K12 March one-make racing series in Japan, and a little Porsche Carrera RS treatment. Some stripes down the lower side including logo may go on in the future.

Anyway, we're racing to get the car on the road for the next SilviaWA club meet on 7 November. I can't guarantee it, but we're giving it a good go. Because it's a little odd for the club president to be driving around in a Sigma!

PS> Shameless plug for Woody who's selling Angry13, one of the nicest Nissan S13 Silvia's in Australia.

Hey Brendan,
This is Daoud, Toby’s friend. How did you install those Ikeya arms? Did you have to drill the holes on the knuckles bigger? I’m having trouble installing mine. Thank you!

Daoud, are we talking the front or the rears? The rears were tight, but with a bit of grunting they went in. For the fronts, the inner mount on the front subframe, the spacers are not identical. This is because the mounting bolt itself (IIRC) is tapered at one end. One of the spacers has a step in it for the tapered end/side of the mounting bolt.

I needed info for the rears. I was affraid to grind them. I thought maybe I bought the wrong parts. It looks like I’m going to have a lot of grinding to do. Thank you Brendan!