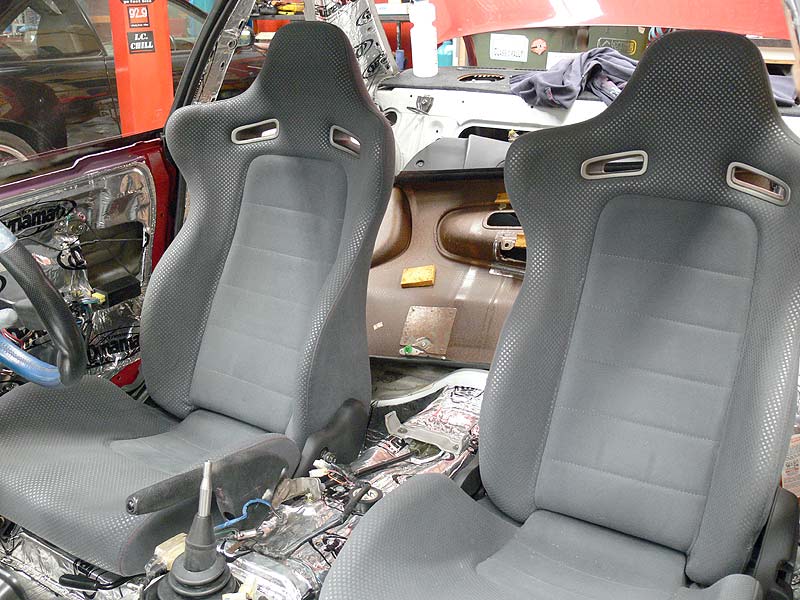 Jeez I'm slack, another month between posts. Well, I'm slack, just busy...but that isn't to say that work hasn't been progressing. It has, just at a slower rate since I'm back to a few hours on a Saturday morning. But I now have a target to get sillbeer as close to finished as possible by Cabin Autosalon (Perth) on 21-22 July.

So what have I been doing...well changing mind as per usual. This time with regard to my seating arrangements. The original plan was to use a set of Recaro recliners from a Honda DC2 Type-R Integra which I already had (and at great expense I might add). The more and more I thought about it though, the results of using recliners and aftermarket rails in the S13 has just been littered with saw heads. This is because the standard seats have the rails built into the seat itself and they're offset by close to 40-50mm on the inside rail. This basically means that you're never going to get an OEM ride height, and with the need to put a lid on my melon every now and then and being a touch over 6-foot means headroom would be at a premium. Now I've always liked the look of the R34 Skyline GT-R seats, and I knew they'd be a relatively easy fit only requiring the outside rear mount to be lengthened for the S13 floorpan. The only major problem was sourcing them. Thankfully Jeff at C-Red already had a passenger seat, but the driver's side was a problem. After a quick look on Yahoo Auctions Japan I found a possible suiter, and after Jeff arranged how we'd get it and I passed over the fold, I had the driver's seat on its way down.

Now other than a great looking seat, they're also extremely comfy especially for someone with a slimmer frame (such as myself), there's also the added bonus that they have full OEM movement. Meaning you lift the tab and the seats folds and moves forward...great for getting my kids in and out, and keeps the wife happy that everything works as expected. So without ado, here's some special piccy's of the new set: 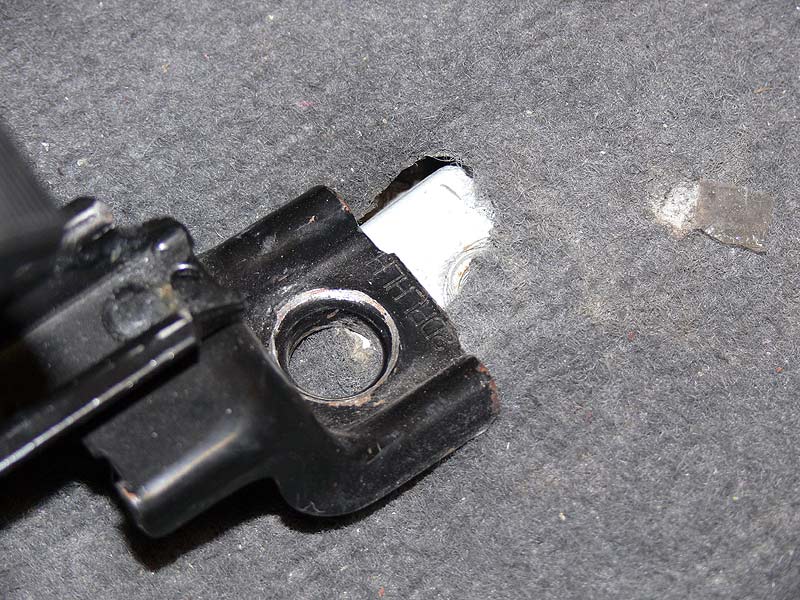 As can be seen in the pic above, it's a simple matter of welding on an extended tab to reach the S13 mounting hole. Yippee. 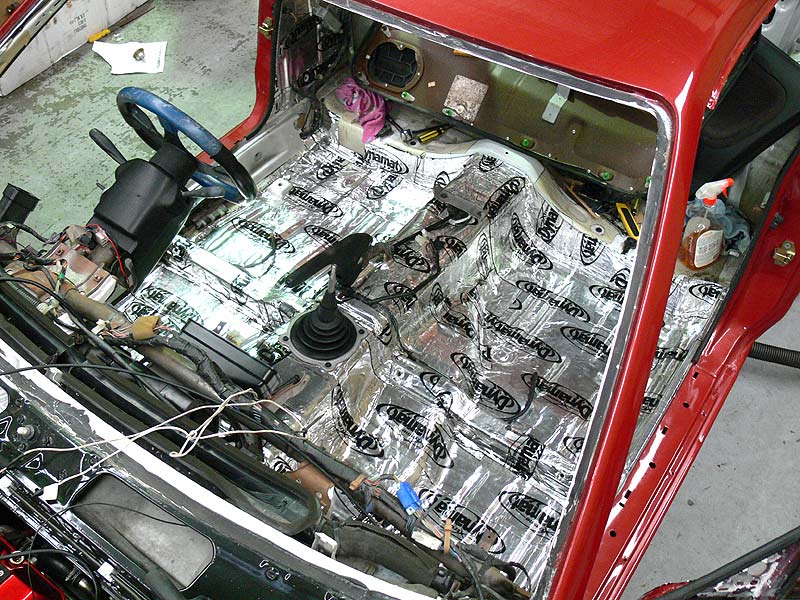 Now, at the moment, all interest is on the interior...with the Dynamat continuing to be spread from here to kingdom come. I've completed both rear passenger compartment sides and the B and C pillars a couple of weeks ago. Last week I removed the old carpet and laid the dynamat down on the main floor area. As can be seen in the photos, it's shiny. You're probably wondering how much weight I'm adding? I don't know, but the amount of deadening I now have is amazing and should make the driving and stereo listening experience that much nicer. The doors now close with a thud and the roof now sounds like a wooden chopping board rather than a tin can when you rap on it.

There's still more to do, but I'm waiting for another box to arrive before continuing. It will cover pretty much everything in the end. On another note, finally went and picked up the door handles. They took about 4 hrs to fit in the end because I had to remove the old latch mechanisms because they'd been painted over and then go find any missing parts. Also needed to shave a bit of the paint from the key hole so the small black plastic key lock surround would mount through the hole (too much paint build up - very tight tolerances required). Fitted new strikers as well (the bits that bolt to the main body) and fitted back the window rubbers and a couple of bits of trim. I tracked down a nice set of horns...as I couldn't well have Sillbeer with a beep beep. It'll now perform a nice loud two tone honk.

One last thing to report, and that's the child restraint mounts. They've now been fitted in and await the occasion of fitting the seat for my son Kai. Not to mention that they're required for compliancing.

So I'm currently working extra hours Monday to Thursday so I can take Friday off to do a full day in the workshop. Tomorrow will be laying cable for the stereo before I have to put the new carpets back in.

« Next: Wired for Sound