And now the wheels are on…new hotness! 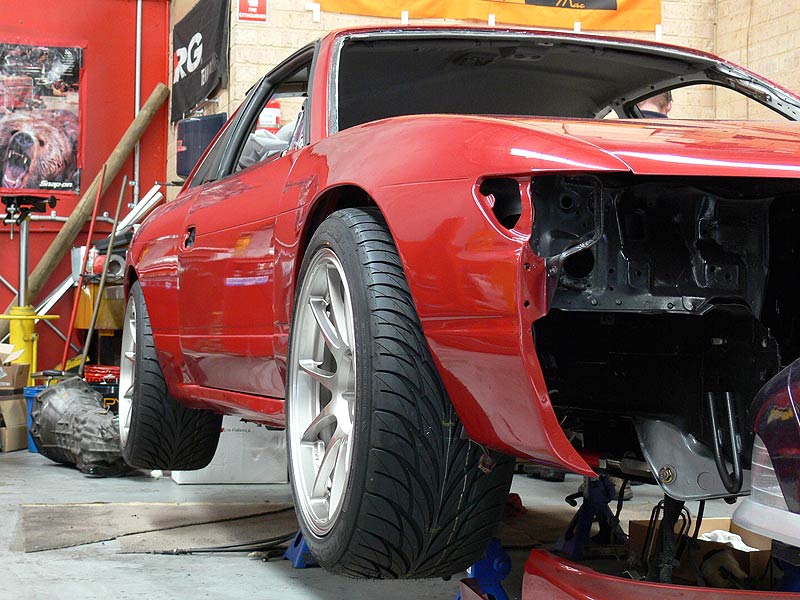 So Saturday morning I was very excited know that today was the day I'd get to see my car finally with some proper shoes on. Firstly though, I made a quick dash down to Jap Parts Plus to pick up a drivers side window glass, regulator and motor as my door was just empty (thanks to Raj at JPP). Then swung back through to Exley's Tyre Service in High Road, Willeton to grab the wheels which had been fitted with the tyres (thanks Shane). Quite a few people commented on how fine they look while I was there...and after squeezing them into the Sigma, it was off to the workshop for some rubber love. 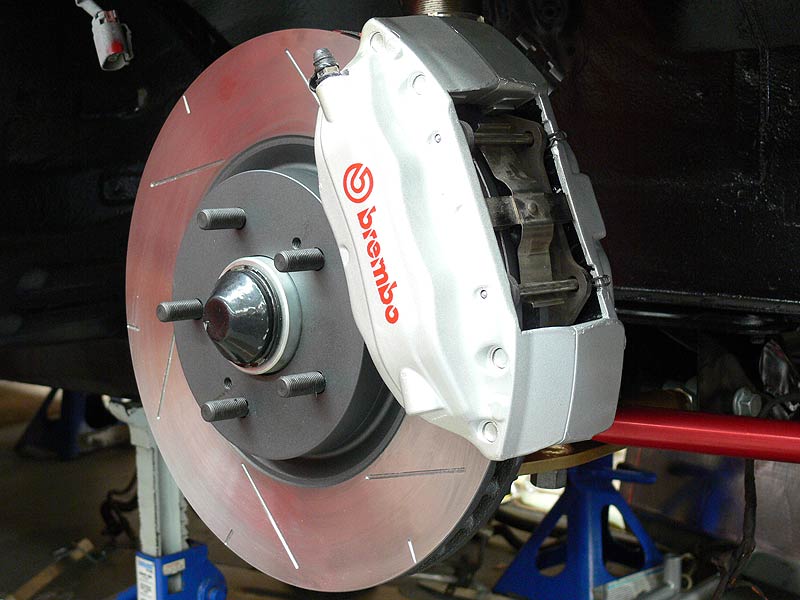 Before I could fit up the wheels though, I needed to complete the fitting of the calipers. One was already assembled, so after pushing the pads out a bit to clear the the massive DBA rotors, the front 4-spot Brembo calipers were bolted on. They look bloody fantastic. 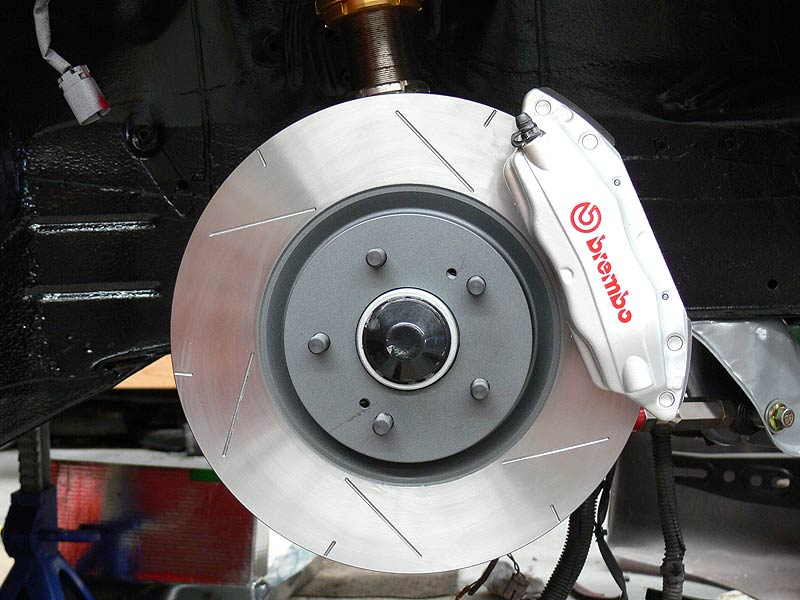 So with a quick adjustment to the rear camber to bring reduce a lot of the negative camber that was in it, the rims went on. One that really strikes you is the solidness that you get when fitting large rims and tyres to a car of this stature. I mean when you stretch tyres on big rims too much, IMHO it looks too 'try hard'. These look like they were meant to be there...a little GT-R'ish from the rear too. You'll notice I have quickly chucked in the rear taillight to see how it looks. I was a little unsure before fitting it up that it would look cheap, nasty and common seen as quite a few people have them now, but I love it...looks factory. 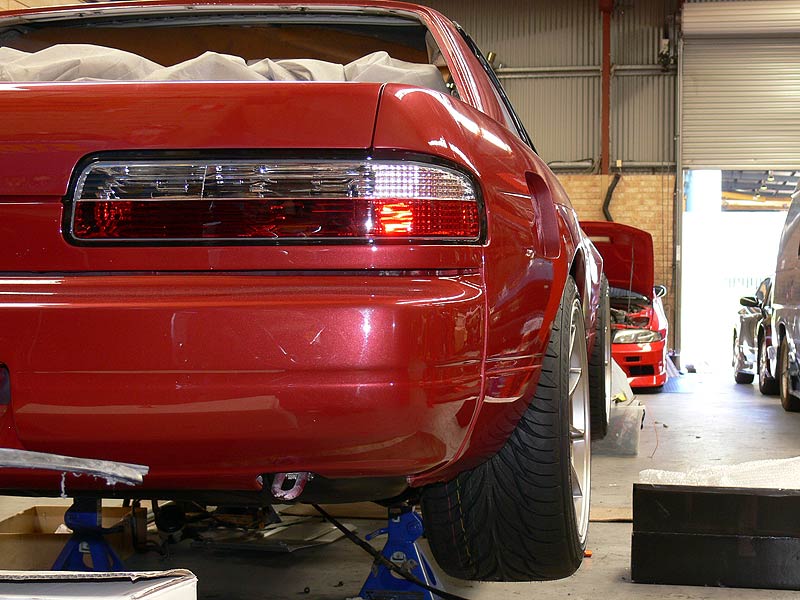 So, now that that little climax is over, it theoretically can roll...although I should connect up the steering rack so it can be coaxed into a particular direction now. Really need to get stuck into the engine bay, engine and gearbox now...and for those that haven't read previous posts, the engine is built, the gearbox needs doing.

Hi Brendan
Im new to cars and fixing them, but am quite a quick study. I have an S13 sitting in my garage that i am using to study and repair whilst i go to university. I have ordered the owners manual on ebay and have fixed quite a few small and major problems myself.
My question is… What would happen if i were to install an R31 BMC to replace my s13 stock one? My old one is leaking fluid badly and needs to be replaced, Should i do more research online before purchasing a part or should i just take photos of my one (RHD), measure it, go check out the new one and see if they match up? What are the issues/problems ill face with the install? I have a fair idea that the r31 is slightly larger but shouldn’t that mean it should brake better?
Any of your suggestions or tips would be awesome.

Rick, if you’re going to replace it, I’d just go with one from an S13. That way you know the brake bias is correct. The braking on the S13 isn’t tragic from standard, and is fine for most daily driving. If you want to upgrade, look towards 4-pots from the later Skylines and the BMC from the same model (although R33 BMC’s are a popular upgrade). Or even start with discs, pads and better brake fluid as your first upgrade on the brakes.

« Next: Getting in gear, and hooding up