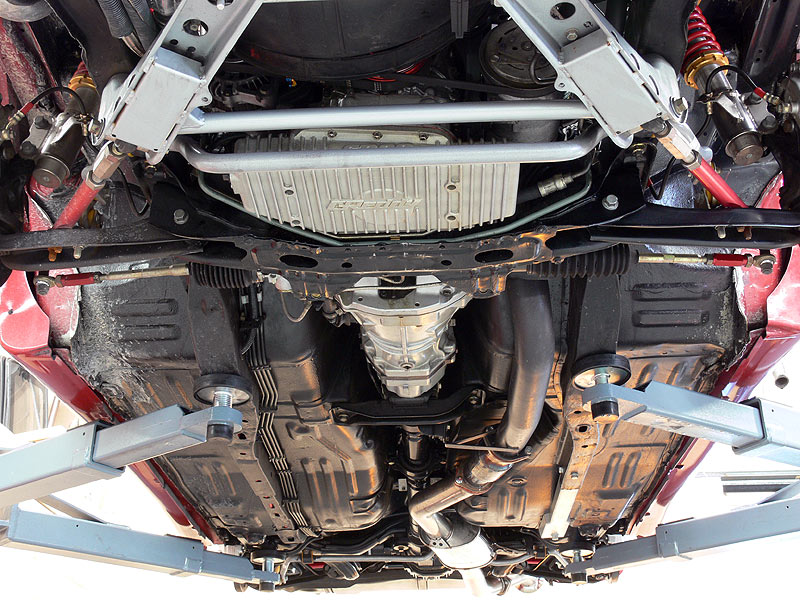 A number of weeks ago now, I did a photoshoot with Rick McDowell, a well known WA based photo journalist. The results of which were brilliant, but with a fair amount of work gone into the undercarriage, and an award to prove it, we needed to get some photos done of the underbelly along with additional engine and interior shots. This being something best done on a hoist of course, so last Saturday we were lucky enough to get some time on the hoist in the C-Red workshop (thanks to Marc, C-Red's Workshop Manager). I went in and first detailed the engine bay, which wasn't too bad really. But as I drive this on a daily basis, and that the road near work as had some work done on it recently (plus rain), I had quite a lot of dirt and mud built up under the guards. With the help of the trusty truck wash and a bit of elbow grease (and mess on the floor) the front and rear suspension on the passenger side came up a treat. 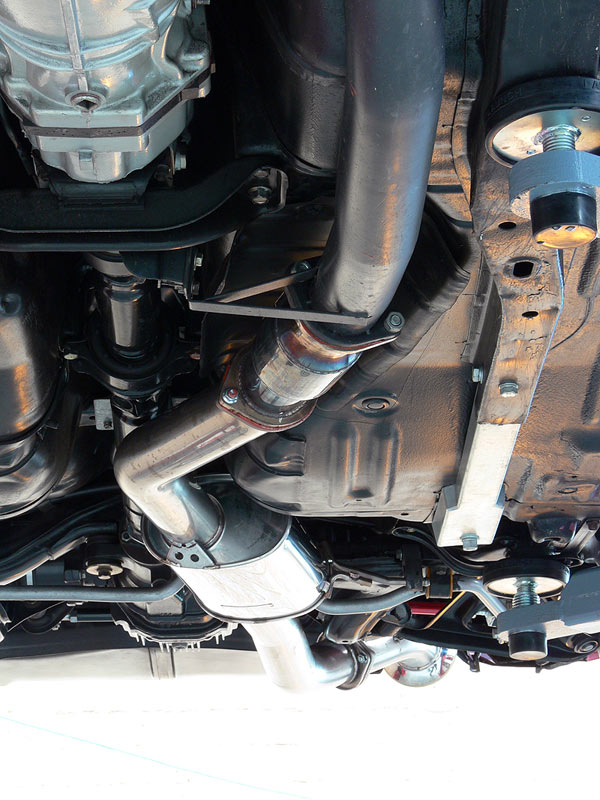 While Rick was snapping away, I thought I'd take the chance to update the undercarriage shots...being there's no longer the Ikeya Formula lower control arms in place, and the exhaust has been completed and changed since the last set I did 6mths ago or so. A couple of things to note though, first being the URAS Floor Reinforcement Kit which extends the chassis rail on the passenger side from the usual S13 cutoff point to the rear. Also, if you look on the drivers side, there's dirt there just to prove that it does indeed get driven. On a whole, I was surprised at how clean the undercarriage is considering the rain we've had lately. Having the fresh'ish paint surfaces certainly helped in cleaning it all up easily though.

The photos that Rick have done so far were really ace, so looking forward to getting a gander at these new ones.