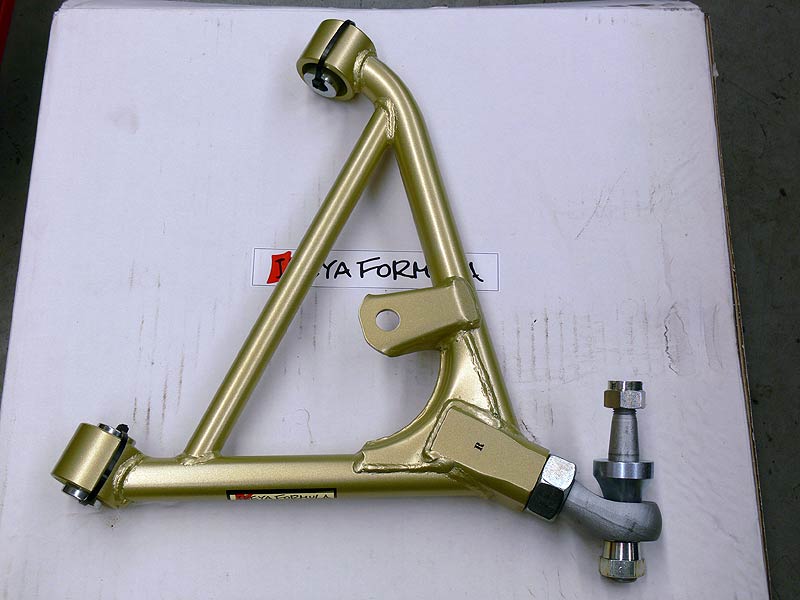 I have managed to get my hands on a set of the Ikeya Formula Rear Lower Control Arms (Adjuster Rear Lower Arms) earlier than expected. These were actually Roy's, but he's kindly let me have them and then he will get mine when they come in from JShop. They're a rather nice bit of kit that's for sure, and I can't wait to get them fitted (and I only just put the damn rear subframe up last week).

The main function of these front and rear adjustable lower control arms is for roll centre adjustment. Here's a piece of information from the Ikeya Formula web site explaining it further:

Drivers tend to consider that center of gravity would be lowered and have more stability if car height is lowered. However, if you are using the normal arm, the arms would be raised and opened up outwards and the center of gravity of car and roll center would be apart . And the roll amount unnecessarily increases while the suspension stroke decreases, and causes the condition of " Grip limitation between tire and ground surface will be lowered".

From these points, we would like to recommend to wear both on Front and Rear.

Wasn't much work done on Saturday. I had intended to get the engine bay all ready for ancilliaries to be installed by giving it a cut & polish to remove some overspray, but it wasn't budging. I will now give it a rub back and have it resprayed properly. Wouldn't want to do all this work to have a crap looking engine bay.

Previous: Step by step...jeez this is taking a while »