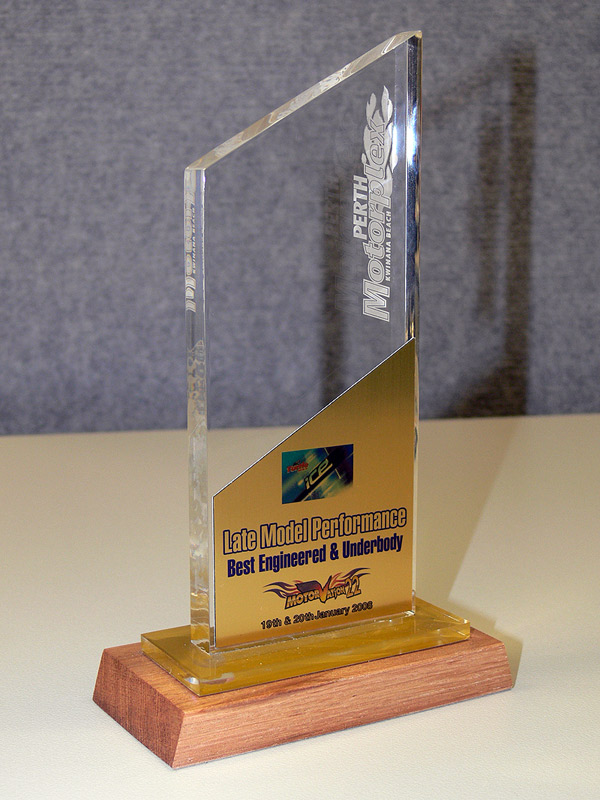 Motorvation #22 finished up yesterday. It was a weekend of hot rods, muscle cars, street machines and imports...a few hundred cars in total with some hitting some serious bat. With a bit of a surprise, I didn't leave empty handed either. I picked up 'Best Engineered & Underbody' in the 'Late Model Performance' category. For those not familiar with the underbody, a previous post has a number of photos. 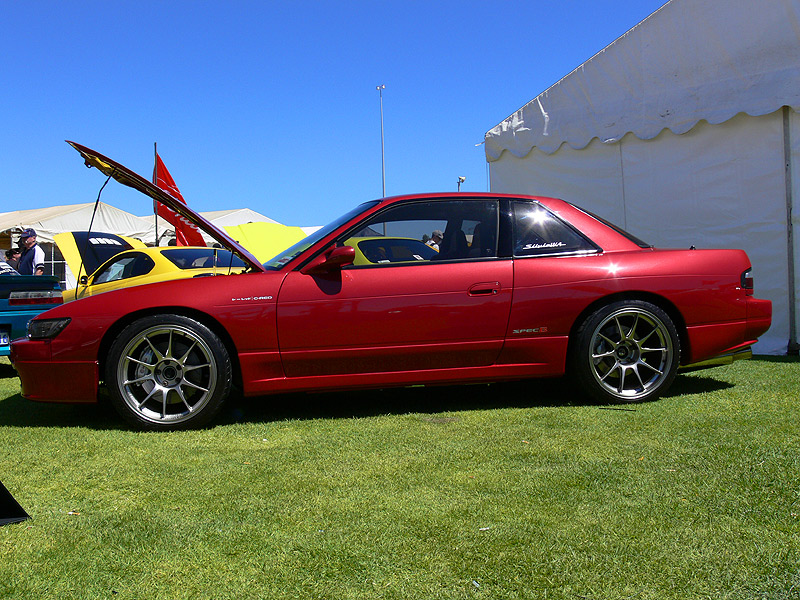 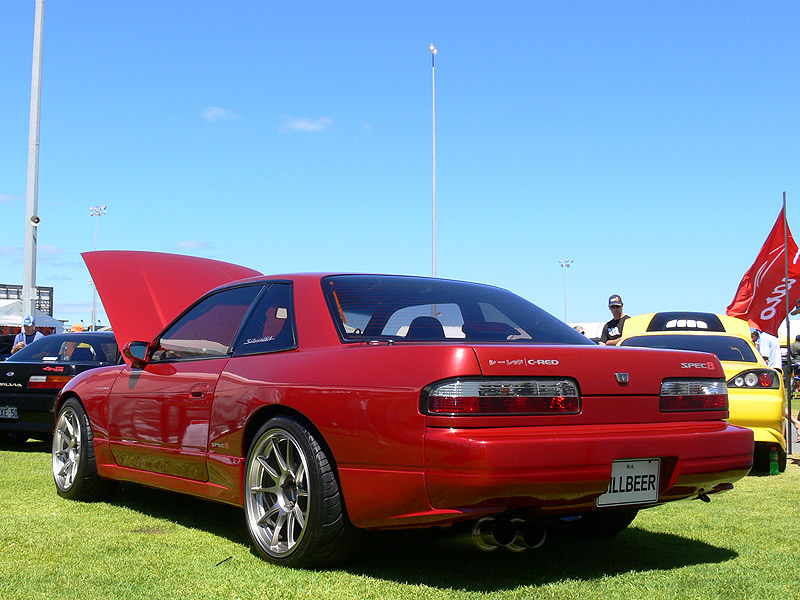 Overall the weekend was brilliant. I got to drive in the motorkhana event out on the grassed infield of the speedway track, making for a very sideways affair. Stupid me didn't wind up the windows, so I ended up with grass getting in all over the back seat somehow. Also went in a couple of the Supercruises which took us down the strip...and although we weren't racing, you could at least open the taps a bit which was just great. I would have done more driving on the Sunday morning, but due to a very liquid night prior, and Motorvation having a 'zero tolerance' policy towards your blood alcohol content (I blew 0.031 prior to my events to check), I was not allowed to drive. No matter, it was probably for the best considering the long day prior being awake for over 20hrs and only 4.5hrs sleep - my reaction times and driving abilities would have surely been impaired. I will know for next year though.

I was part of the SilviaWA (Silvia Owners Club of Western Australia) contingency, and had a cracker of a time with all the crew over the weekend. It was my first Motorvation and many thanks go to Badga and Scott in organising all the components around MV for SilviaWA.

Now it's time to recover. Roll on Powercruise #15 on 11-12th October up at Barbagallo!