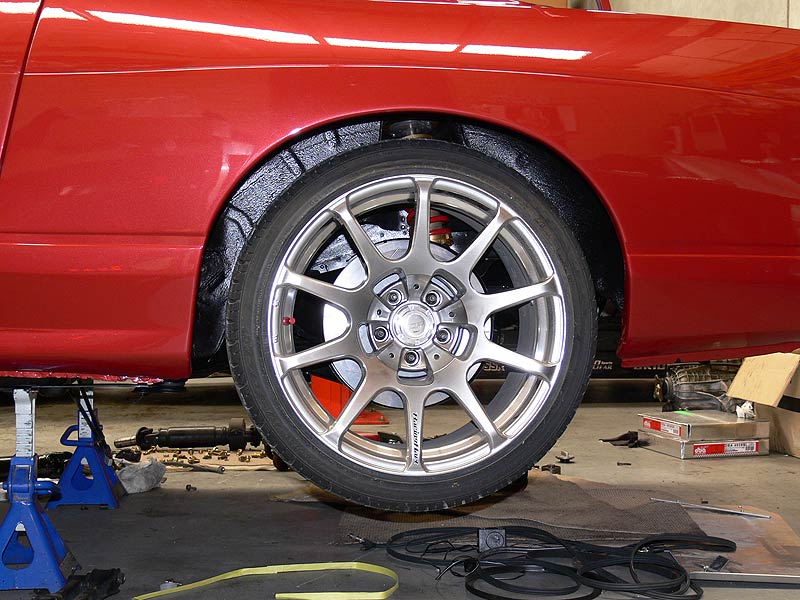 Many apologies for the delay in action over the last couple of weeks, I needed a break and sometime with the kids.

Anyway, a couple of weeks back I was prepping some stuff around the new plating kit I'm working on (to make old bolts and brackets shiny and new again), and Trent from TKO Tinting rocks up at C-Red for some cooler pipe clamps. After a bit of ooohing and aaahing at his nice red R32 he's been building he offers me the chance to trial fit his new shiny rims. They're a newish model from Racing Hart called the CP-S10 and from memory they're 18x10+19's which are fairly close to what I'm after. Now you can see from the pics here that even with these specs, they're well within the 50mm wide M-Sports guards. The wheels I have on order at the moment are the Wedsport TC-105N's with rear specs of 18x10.5+12 (see previous blog post for decent pictures), so looking at these in front of me we're thinking a 20mm spacer could be required to fill the guards nicely.

From those angles you also get a really good feel for how wide it is too. Mmmmm, yummy. Hope I can fit it into the carport at home. 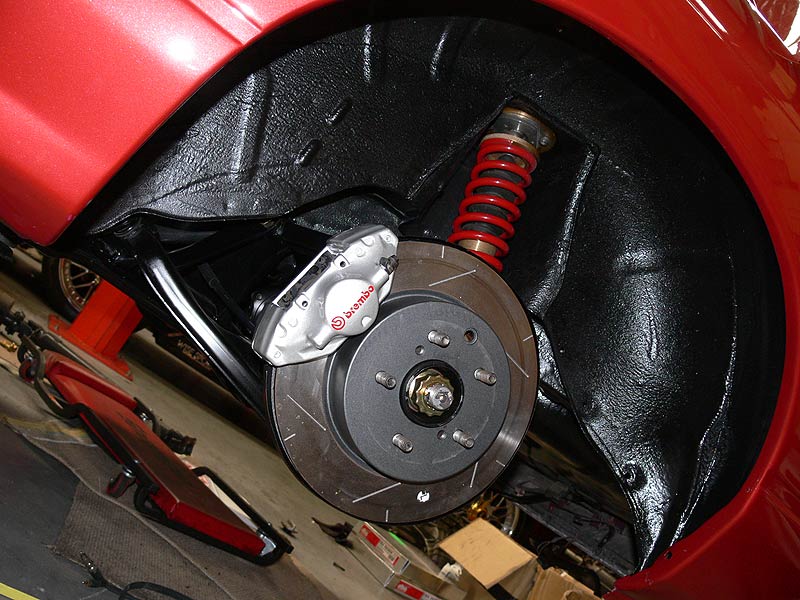 While I had the brake rotor and coilover fitted, I thought I'd just trial fit one of the rear Brembo calipers I'd re-finished. Doesn't it looks tops! There were no pads in these and I had a hard time finding the original bolts as they use a much more coarse thread than standard Nissan bolts. I think I have lost the fronts :( While I was there I took a shot of the 5-stud hubs I'd cracked open too.