Another run at AHG 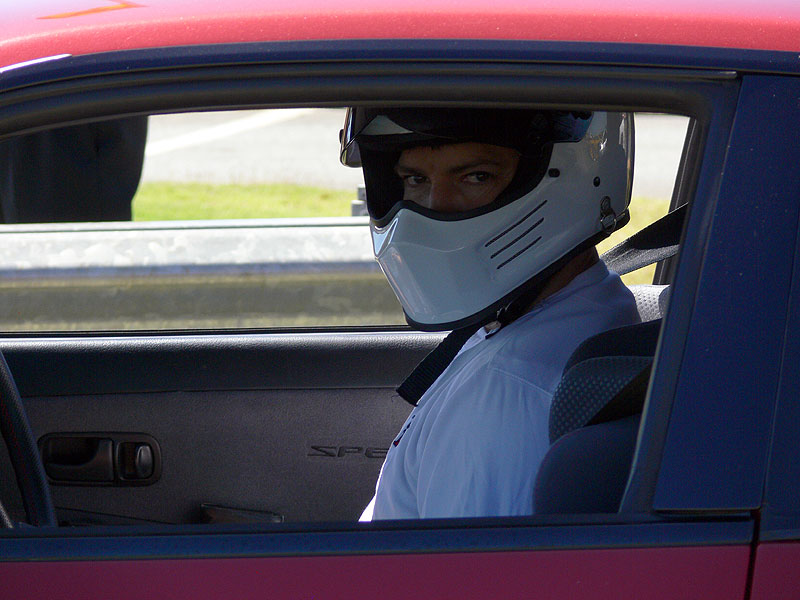 Earlier this month, SilviaWA had another day out at the AHG Driver Training Centre near Perth International Airport. I wasn't originally going to enter as my clutch was beginning to slip (more on this later), but a spot came up on the Friday for the event on Sunday so I jumped at the chance and said "to hell with the clutch!".

My Dad came down to watch so I handed over the camera to him to take some pics and a video too.

A few things on the video:

Photos from the event:

So, I have no idea why my clutch is slipping. A quick recall on the clutch - it's an OS Giken STR2CD twin-plate. It's been in and driven almost daily for about 12mths, for all intents and purposes, it shouldn't be slipping. First noticed under max load - ie. all passengers, on the freeway in 4th hit boost and there it went slipping (and shuddering). It's progressively gotten worse, so when the head gets done in a couple of weeks we'll look into the clutch and rebuild with new plates if necessary (more than likely from the sounds/feel of it).

Another thing to note were the brakes. Basically they're phenomenal...once they're up to temperature. The combo of R33 GT-R Brembo's, Nismo pads, DBA4000 slotted rotors, braided lines and the correctly matched R32 GT-R N1 (non-abs) brake master cylinder are just brilliant. If there was something to pick, it would be there's a smidge much rear bias, but really can't complain. The new suspension tweaks also allowed me to hit the picks harder too without the previous lockups.

Kev_s13 here. you’ll find GTR bmc’s will tend to have more rear bias. I noticed same when I ran my r33 GTR bmc in my black s13. Having it like that reduces understeering and if you time your weight shift and accerlation right you end up with a much smoother oversteer transition.
——-

WOW!!! What an amazing build.  I came across your build 3 days ago and just finished reading the most up to date blog right from the start.
I admire your commitment to the best quality, if only i wasn’t so lazy.
As you said in one of the posts, i reckon your wife and kids deserve a trophy of their own for allowing you to build your dream car.  I hope my wife will be that supportive once the kids have come along.

adding an adjustable proportioning valve will cure the rear bias problem you mentioned. Tilton makes a pretty nice quality one that is very affordable.

« Next: New shoes for some classic J-Tin